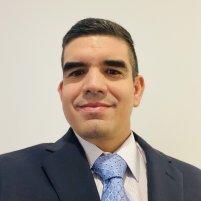 Fibromyalgia is one of the most frustrating and painful medical issues to deal with, and it’s complicated by the fact that little is known about the condition. Thankfully, rheumatologists like Alfredo Sardinas Jr., MD PA in Houston, Texas, are beginning to gain the upper hand on fibromyalgia with innovative treatments that can offer relief. If you’re in the Houston area and are living with fibromyalgia, call the office to explore your treatment options. Alternatively, you can book an appointment online.

Unfortunately, not much is known about fibromyalgia other than the following:

The good news is that studies are ongoing, and medical researchers are finding effective ways to deal with the symptoms.

What are the symptoms of fibromyalgia?

Fibromyalgia is characterized by widespread pain, making this symptom the hallmark of the condition. Outside of pain, you may also experience the following:

Fibromyalgia often coincides with other conditions, such as:

If you’ve developed any of these symptoms, you should schedule an appointment with Dr. Sardinas.

The exact cause of fibromyalgia remains a mystery. To date, medical researchers have linked the following to the disorder:

Additionally, people with osteoporosis, rheumatoid arthritis, and lupus may be more prone to developing fibromyalgia.

How is fibromyalgia diagnosed?

In the past, doctors used an 18-point test to check for tenderness, but this method proved unreliable. Now, the only criteria is whether you’ve suffered unexplained, widespread pain for three months are more.

Ultimately, diagnosing fibromyalgia requires a knowledgeable rheumatologist, like Dr. Sardinas, who’s trained to recognize the disorder. There are no blood tests that can confirm the presence of fibromyalgia. So, Dr. Sardinas takes your symptoms, accompanying conditions, and medical history into consideration in order to make a diagnosis and get you started on a treatment plan.

How is fibromyalgia treated?

Dr. Sardinas’s primary goal in treating your fibromyalgia is to relieve your pain and restore your quality of life. All too often, people living with fibromyalgia simply grit their teeth, curb their activities, and deal with the pain as best they can. Dr. Sardinas works to put an end to your suffering and get you back to doing what you enjoy most. And he works exhaustively until an effective solution is found.

Don’t suffer the oppressive effects of fibromyalgia longer than you have to. Call the offices of Alfredo Sardinas Jr MD PA to make an appointment or book an appointment online today.